Can You Teach an Old Dog a New Trick? 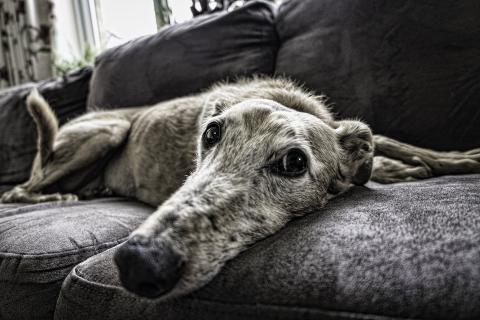 Can You Teach an Old Dog a New Trick?

Unfortunately for old dogs, this old mantra has led to some owners giving up on further training them. While many people only focus on training their dogs while they are puppies, the best dog owners continue training and building their handler-companion relationship throughout their pups’ lives.

How Old are we Talking Here?

For the sake of this article, the experts here at Dog Sense are mostly referring to adult dogs that are a few years past puppy age. So, around let's say 5 to 8 years of age.

While this is not to say you can not train a dog that is even older, it just seems to be a bit less common for someone to try and teach their 11-year-old Alaskan Malamute how to play dead than someone who wants to train their 7-year-old agility trained beagle to retrieve.

Here’s where teaching an old dog gets tricky:

It is significantly harder to unlearn than it is to learn.

Just like with humans, if a dog has created a habit or a learned ability, it is much harder for them to unlearn it. This is a major factor in why people have an easier time training puppies, a clean slate is preferred over a dirty one.

That’s not to say hope is lost if the paint has dried on your old dog's canvas, you can always paint over it, it just takes a bit more effort.

As human beings, we are both highly intelligent, yet innately flawed. Flaws of which, can often poor over into our relationships with other humans, and even our own pets.

One such flaw that we can possess is a lack of patience, and while we can recognize this in ourselves and fix it, we can at times overlook its effects on our surroundings.

Dog owners often project themselves onto their dogs, which can be both a good and a bad thing. While a confident dog owner can help a scared dog overcome its’ fears through guidance, a dog owner who is often worried and overbearing of a dog's minor discomforts can make a dog's fears worse through validation.

Which brings us back to patience:

A study conducted in 2018 confirmed what many dog trainers and owners already knew, puppies and young dogs learn faster than older dogs do. Despite older dogs having a higher cognitive ability.

Dog owners can often fall victim to the speed their dog learned as a pup, leading them to give up on training their older dog due to a lack of patience. Leaving their previous goals with their companion in the rearview.